Plugins And Themes Responsible For 96% Of WordPress Security 2020 Vulnerabilities

WordPress is the most popular content management system in the world. Just recently, it reached a milestone of powering 41% of the websites on the whole web.

With such a scale, security is increasingly important. For that reason, we did an in-depth analysis of all security vulnerabilities discovered in WordPress core, plugins, and themes in 2020.

You can find a download link to the full whitepaper PDF at the bottom of the article!

Just in 2020 alone, the data of the Patchstack Database reveals that 582 unique security vulnerabilities were found in total. These vulnerabilities affected WordPress core and third-party plugins and themes.

96.22% of vulnerabilities originate from third-party code 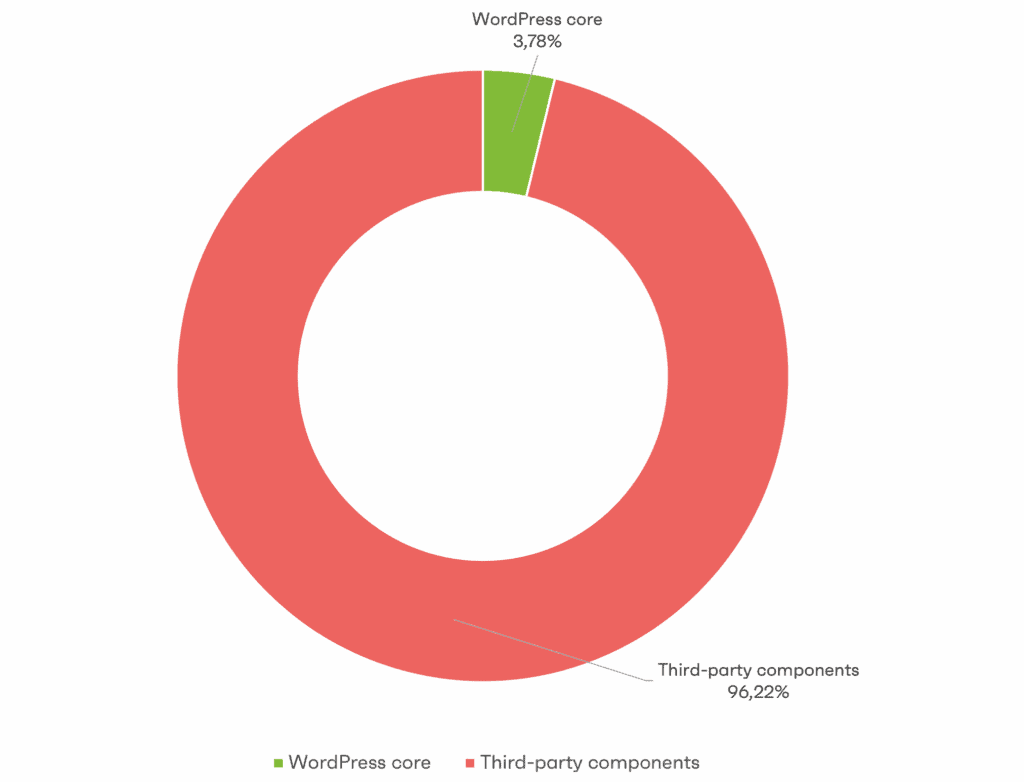 Only 22 vulnerabilities in 2020 were found in WordPress core. Every other vulnerability was either found in a third-party plugin or in a theme.

What makes matters worse is that many popular plugins have millions of active installations and the numbers aren't pretty when we look at how many websites are affected by the vulnerable plugins.

The security vulnerabilities which were found in plugins and themes had a total active installation count of 70 million.

Read the full whitepaper with complete data and statistics 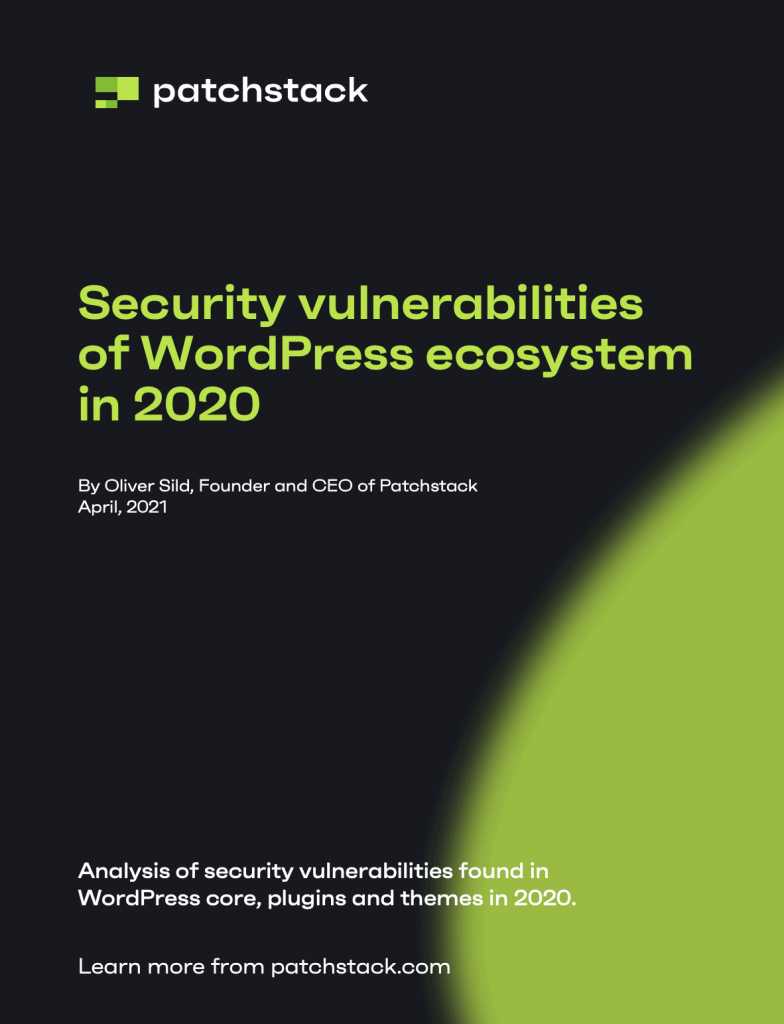 Do you have any vulnerable plugins or themes?
Check for free
60 000+ web developers already benefit from our Weekly newsletter.
Share This Article
Related Articles
View All
Dependency confusion
Patchstack Weekly, Week 48: Dependency Confusion
WP-VCD Malware
An In-Depth Analysis Of The WP-VCD Malware
protect websites
Why Protect Websites Before Winter Holidays?
1 2 3 … 31 Next »
NO Credit card required

Protect your WordPress sites against plugin, theme and core vulnerabilities

Start for Free
or See Pricing